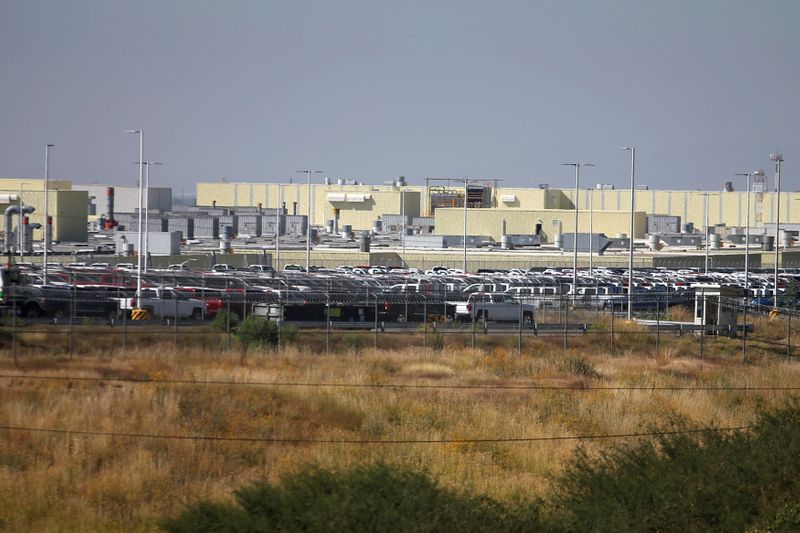 WASHINGTON/MEXICO CITY (Reuters) -The United States and Mexico on Thursday agreed that a new union vote will be held at the General Motors (NYSE:) Silao plant by Aug. 20, the U.S. Trade Representative’s Office (USTR) and Mexico’s economy ministry said.

Both countries released a joint statement that said Mexico has agreed to a number of safeguards before the vote, including having Mexican federal inspectors and impartial international observers from the International Labor Organization at the facility ahead of the vote. Mexico said in May that it would review labor practices at the GM plant in central Mexico after a formal complaint from USTR.

U.S. Trade Representative Katherine Tai said in a statement the agreement with Mexico will allow workers to vote on whether to approve their collective bargaining agreement in “free and democratic conditions.” She praised Mexico “for taking swift action when they recognized that workers’ rights were denied.”

Last month, Mexico sent a letter that formally kicked off a joint negotiation to resolve the U.S. complaint.

Workers had voted in April on whether to keep their current contract, however, halfway through Mexican officials detected “serious irregularities”, including destroyed ballots and scrapped the vote.

Mexico agreed to “investigate and, as appropriate, sanction anyone responsible for the conduct that led to the suspension of the April vote and any other violation of law related to that vote… or in connection with the August vote.”

The announcement came after 10 days of intense negotiations between the U.S. and Mexico, a senior U.S. official told Reuters.

Mexico’s labor ministry said in June that the union at the plant, which employs about 6,000 people in the central city of Silao, must hold a new vote before Aug. 20 or lose the contract altogether.

GM said in a statement it was pleased with the agreement between the United States and Mexico “to support a free and fair vote in August. We look forward to continuing to work with U.S. and Mexican government officials in support of the shared goal to protect workers’ rights.”

USTR said GM will issue a statement of neutrality ahead of the vote and have a zero-tolerance policy for retaliation.

The U.S. official confirmed the contract would be terminated if the vote does not occur by Aug. 20. The Labor Ministry will oversee the vote, ensure the ballots and voting area are secure, the official added, saying there will be more than five times as many Mexican federal inspectors than the prior vote.

Labor remedies under the USMCA include revoking tariff-free access for the violating factory’s goods.

In GM’s case, that could mean applying a 25% U.S. pickup truck import tariff on Silao-made trucks, a move that could add thousands of dollars to each vehicle’s cost.

The so-called request for review marks the first use of the Rapid Response Labor Mechanism in USMCA, which allows countries to target labor rights violations at specific factories.