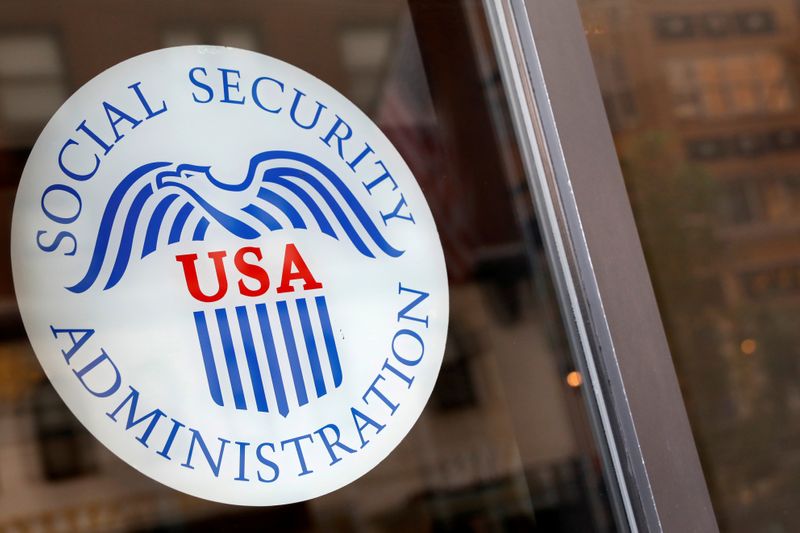 
WASHINGTON (Reuters) -U.S. President Joe Biden on Friday fired Social Security Commissioner Andrew Saul, a holdover from the Trump administration, but Saul told the Washington Post he plans to be at work on Monday morning because his term isn’t over.

“Andrew Saul refused to resign as requested, and he was notified his employment as Commissioner was terminated immediately,” said a White House official, who spoke on condition of anonymity.

The official said Saul had taken “actions that run contrary to the mission of the agency and the President’s policy agenda.” Among Saul’s actions that the official cited were politicizing Social Security disability benefits, ending the agency’s telework policy and not repairing its relationship with federal employee unions.

Nominated by former President Donald Trump, Saul in 2019 was sworn in for a six-year term. Saul told the Post: “I consider myself the term-protected Commissioner of Social Security.”

The Social Security Administration, which oversees programs that provide financial support to the elderly and disabled, referred questions about Saul and Black to the White House.

An attempt to reach Saul was unsuccessful.

Senate Republican leader Mitch McConnell said in a tweet prior to the announcement that firing Saul would be “an unprecedented and dangerous politicization of the Social Security Administration.”

But Democratic Representative Bill Pascrell, chairman of the House Ways and Means subcommittee overseeing the agency, applauded their removal. “They’ve been trying to destroy Social Security,” he said on Twitter.

Saul’s as a businessman has been general partner of investment firm Saul Partners and managed two retail apparel chains.