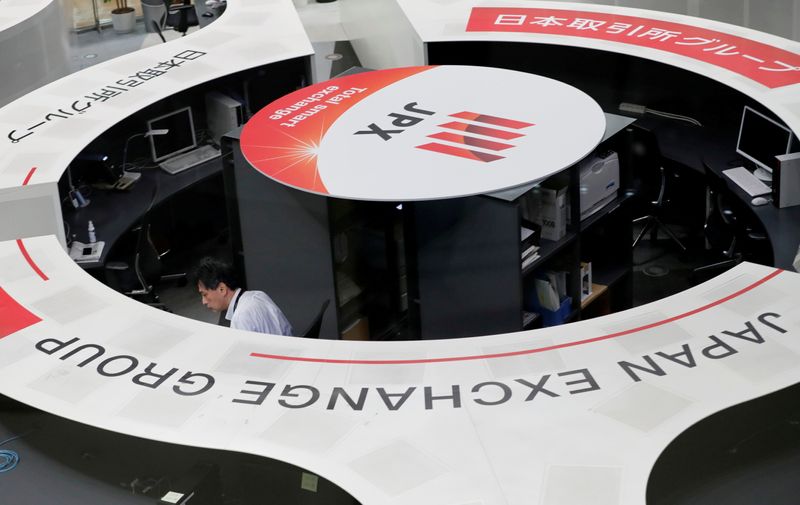 By Carolyn Cohn and Andrew Galbraith

LONDON/SHANGHAI (Reuters) – The dollar hit three-month highs against the euro and world stocks slipped on Wednesday after a jump in U.S. inflation fuelled expectations of a quicker end to Federal Reserve stimulus, while a drop in China’s crude imports dampened oil.

The U.S. consumer price index rose 0.9% in June, data showed on Tuesday, above market expectations and the largest gain since June 2008.

Investors are also watching the semi-annual testimony of Fed Chair Jerome Powell to Congress on Wednesday and Thursday for more clues on whether the Fed will take more aggressive steps to halt rising inflation.

“This isn’t surprising that the market is concerned about inflation, our view is still that most of it is transitory,” said Seema Shah, chief strategist at Principal Global Investors, adding that she did not expect the Fed to start tapering its bond-buying programme until early next year.

“The Fed speakers will be out in force today reiterating their patience with inflation to reassure markets.”

President Joe Biden’s administration is continuing to push for fiscal stimulus to boost the U.S. economy.

Democrats on the U.S. Senate Budget Committee late on Tuesday reached an agreement on a $3.5 trillion infrastructure investment plan that they aim to include in a budget resolution to be debated this summer.

The New Zealand dollar shot up 1% as markets bet that a New Zealand rate hike is imminent after the central bank on Wednesday unexpectedly announced it would end its bond purchase programme from next week.

The Bank of Canada is also expected to taper weekly asset purchases at its meeting later on Wednesday, according to a Reuters poll.

The euro rose 0.17% to $1.1793 after the U.S. dollar earlier touched its three-month high against the single currency.

The , which tracks the greenback against a basket of currencies of other major trading partners, nudged down 0.16% to 92.643 after rising as high as 92.832 – just below the 92.844 level reached last week for the first time since April 5.

The pound rose 0.28% against the dollar after the high UK inflation data.

“An interest rate rise is not yet around the corner, but it is steadily becoming a less distant prospect, and this is injecting momentum into the pound,” said Ulas Akincilar, head of trading at INFINOX.

U.S. bond yields pulled back after jumping across the curve on Tuesday on the U.S. inflation data.

Prices had surged more than 2% on Tuesday after the International Energy Agency said the market should expect tighter supply due to disagreements among major producers.